Hans co-founded Yunus Environment Hub and serves as Creative Advisor. To describe Hans Reitz without experiencing him is a challenge. Born as Hans Fischer, later Hans Malkmus, he creates experiences and is one himself. He is a thinker, creative, visionary and doer – sometimes all at the same time. And that’s why encounters with him are so impressive – whether as a listener, in a workshop, in the creative process or in a personal conversation. His goal: to build a culture of solidarity in order to develop the idea of social business worldwide. 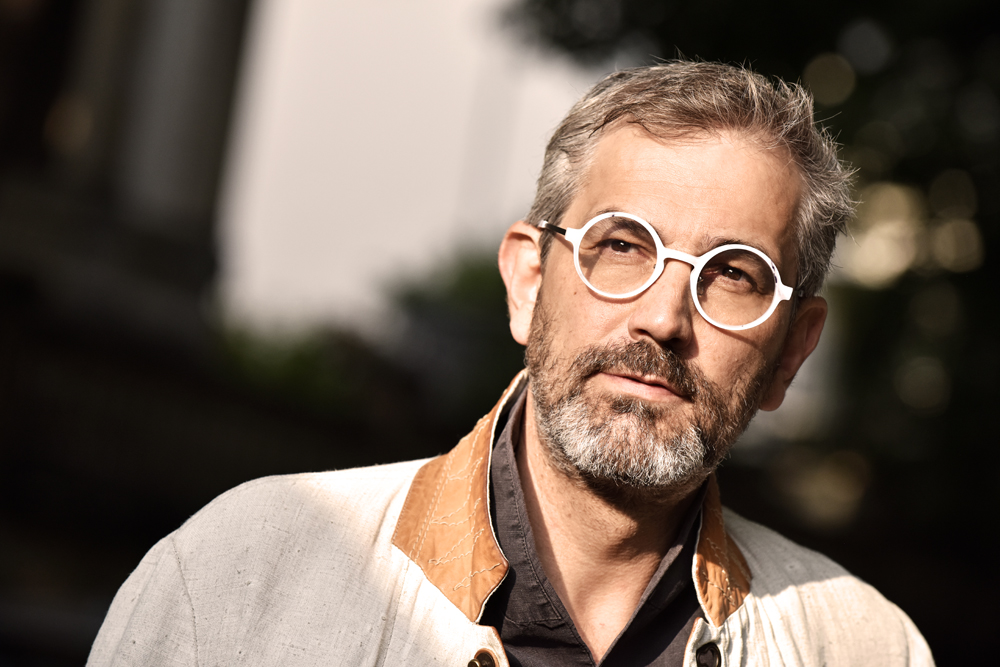 Born in 1966 in Lower Bavaria, Reitz began to shape society according to his views in his youth. Reitz founded the environmental protection group “Abensberg” because he wanted to offer resistance against what he believed to be a destructive society that ruthlessly consumes resources. At the age of 20 he went on journeys which took him from India to Pakistan, Afghanistan and Iraq, among other places. In India he studied classical South Indian music.

Back in Germany, he built up a creative circle that is still active today. As a cultural manager, he organised various circus, theatre and cultural projects and managed variety and circus artists as a pioneer in Germany.

In 1994 he founded the creative agency “circ” and began to continuously expand the agency’s fields of activity. Today, the Wiesbaden-based company is a permanent partner for content-based live communication for renowned companies such as BMW, E.ON and H&M. In addition, Reitz advises the companies in the development of innovative management cultures and in the adaptation of their corporate strategies to changing conditions. “circ” has been voted “Germany’s most creative agency” several times.

With the coffee franchise system perfect day, Hans Reitz has been harmoniously combining the values of social business and brand staging since 2004. With the head office in Wiesbaden and the branch at Frankfurt Airport, they have created oases of coffee culture where you can enjoy coffee specialties from the company’s own plantation in India.

He is committed to the development of social business worldwide. As a creative consultant to Nobel Prize winner Prof. Muhammad Yunus since 2007, he founded the “Grameen Creative Lab” in 2009 together with Prof. Yunus, which advises various large companies worldwide in order to spread the idea of social business worldwide. Reitz accompanies Prof. Yunus at official events and has been the official Creative Director of the Yunus Centre in Bangladesh since early 2010. Yunus Environment Hub is the third spin-off company of Grameen Creative Lab.

We use cookies on our website to give you the most relevant experience by remembering your preferences and repeat visits. By clicking “Accept”, you consent to the use of ALL the cookies.
Cookie settingsACCEPT
Manage consent